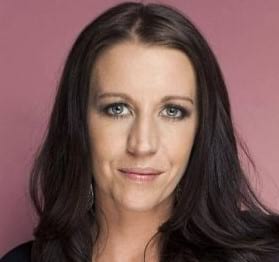 Canadian Author & film producer Pattie Mallette rose her fame as the mother of Justin Bieber. Besides her writing career, she has a huge fanbase profile on social media. More than 1.8 million people follow her on Instagram. Pattie joined in January 2009 on Twitter, where she has been reached 3.1 million followers.

she was first molested around age 3. Her childhood was rattled with sexual abuse and violence.

She managed her son’s early career. Pattie entered Justin in the local “Stratford Star” talent show where he sang Ne-Yo‘s song, “So Sick”. As a professional author, she launched her autobiography, ” Nowhere but Up” in September 2012. During the first week of release, it was listed at No. 17 on the New York Times Best Seller list.

Pattie Mallette was born on April 2, 1975, in Stratford, Ontario, Canada. She grew up with her parents Diane M. (Henry) and Michael Mallette. She along with Jeremy Jack Bieber gave birth to their son Justin Bieber who is a famous singer.