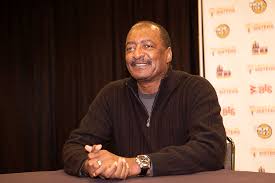 Beyoncé‘s father Mathew Knowles is an American record executive, businessman, and university lecturer. He is also popular as the manager of Destiny’s Child.

Knowles began his career as a sales officer in 1976. Then he left this career to pursue a music company.

Knowles started as a manager of the vocal girl group Destiny’s Child. Where he worked as a producer or an executive producer. Under his Management, Destiny’s Child became a top-selling group and won several awards including the Grammy Awards, the American Music Award, BET Awards, etc. Knowles also managed the solo careers of Destiny’s Child members Michelle Williams and Kelly Rowland.

Mathew Knowles married Tina in 1980. The American couple has two children Beyoncé and Solange. They divorced in November 2009.

His graduation was completed from Fisk University in Nashville, Tennessee. Where he earned both a Bachelor’s degree in Economics and Business Administration.