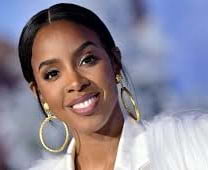 American singer and actress Michelle Williams rose her fame as a member of Destiny’s Child along with Beyoncé and Kelly Rowland. This R&B girl group was one of the best-selling female groups of all time with financial success.

Williams began her musical journey at the age of seven. She was the performer of the St. Paul Church of God in Christ at an early age. Later, American singers sang in the gospel group, United Harmony.

In 2002, she released her debut solo album Heart to Yours. The album topped the US gospel album chart. After the closing of Destiny’s Child, Williams released her first pop album, Unexpected in 2008. It contains her famous singles, “We Break the Dawn” and “The Greatest”. Following the early success, Destiny’s Child’s singer’s next album Journey to Freedom (2014) with lead single “If We Had Your Eyes”.

Michelle Williams was born to Anita Williams and Dennis Williams III. She has three siblings: musician brother Erron and sisters Cameron & Danielle. The American singer has been engaged with Johnson.

After graduating from Rockford Auburn High School in 1997, She joined Illinois State University. But she left the university to pursue a music career.