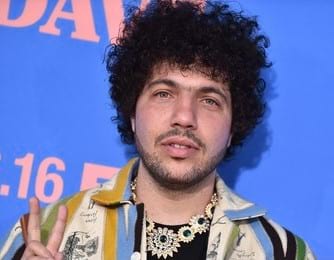 American record producer Benny Blanco is DJ, songwriter, record executive, and actor by his profession. He is a five-time BMI Songwriter of the Year award winner in his career.

Before beginning his music-producing career, Benny set instrumentals in his bedroom. And recorded his own vocals on top of them.

He started his songwriting and producing as a mentor by Dr. Luke. Later, he signed Benny Blanco to his production company Kasz Money Productions. The American producer worked with artists including Justin Bieber, Halsey, Katy Perry, Sia, Avicii, Selena Gomez, and others.

Benny was born to his parents Andrew Mark Levin and Sandra Beth. He has a brother known as Jeremy. Benny attended South Lakes High School and then graduated from Langston Hughes Middle School. His marital status is single. But once rumored that benny has been dating Katy Perry.

Rihanna’s hit song “Diamonds” was produced by him along with Sia.