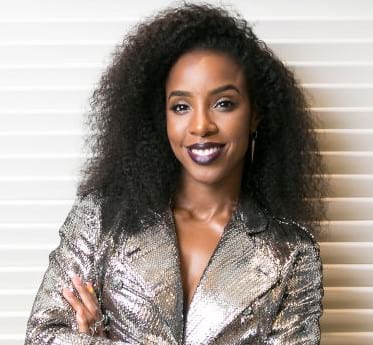 American singer Kelly Rowland is popular for her songwriting, acting, and television hosting. she was a member of the world’s best-selling girl groups Destiny’s Child, along with Beyoncé and Michelle Williams. Rowland released her debut solo studio album, Simply Deep (2002) with the group.

She started her music journey with the girl group. Where she meets Beyoncé’s mother Tina.

Rowland’s first lead single “Dilemma” included the US Billboard Hot 100. Following the success of the first album, she released her second album Ms. Kelly (2007). Where American singer featured hit single, “Like This” (featuring Eve) and “Work”. Her success in the film industry as well as huge as music. Rowland also appeared into acting with characters of Freddy vs. Jason (2003) and The Seat Filler (2005).

Kelly Rowland was born to Doris Rowland Garrison and Christopher Lovett. She married Tim Weatherspoon on May 9, 2014. They have two children, Titan Jewell Weatherspoon and Noah Jon Weatherspoon.