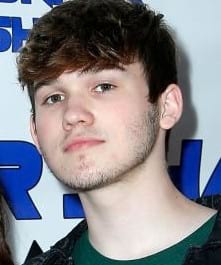 He uploads his 3D artistic videos on his TikTok account and accumulated more than 100.3K fans. His drawing of a human liver video got more than thousands of views on the platforms.

Charles started his YouTube channel in September 2016 and got 78.7K subscribers. Where he posts framework, reviews, challenges, pranks & other categories which belong to art and artistic works. He made a prank video on his girlfriend ‘Calling My Girlfriend ANOTHER GIRLS NAME! (Prank went wrong)’ which has been reached around 400K views. His other videos such as, ‘I Cheated on My Girlfriend…I’m Sorry’, ‘HICKEY PRANK on my GIRLFRIEND!’ also was able to catch the intention of his audience.

Charles Gitnick was born on April 3, 2002, in Los Angeles, California, USA. He grew up with his parents and completed his early education at a Local High School in California. Charles has a brother Thomas Gitnick. He was in a relationship with Madison Lewis until the end of 2019.