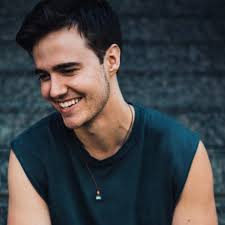 An American famous singer and actor Anthony De La Torre is widely known as a young Jack Sparrow in Pirates of the Caribbean: Dead Men Tell No Tales. He is also a songwriter and guitarist as a profession.

He performed Justin Bieber‘s song as an impersonator and made $300–$600 within an hour.

Anthony De La Torre made his starring debut as a voice artist in Go, Diego, Go!. But his role-playing first television series was Nickelodeon’s 100 Things to Do Before High School. In 2017, Anthony starred as the young Jack Sparrow in the blockbuster film “Pirates of the Caribbean: Dead Men Tell No Tales” with famous actor Johnny Depp.

His Cuban parents divorced after a few months of his birth. Anthony has one older brother, Nicolas, and one older sister, Angelica.

Anthony has been dating an American singer-actress Lana Condor since August 2015.