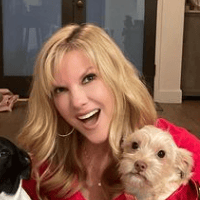 Melissa Ziegler rose her fame as the mother of Maddie Ziegler who gained huge popularity after appearing in Lifetime’s reality show Dance Moms in 2011. Besides, she gathered a massive fan following on her Instagram account @melissagisoni where more than 3.8 million fans follow her.

She has often been called a “second mom” by people from Abby’s studio and gained popularity over the name. Melissa, along with several other members of the Dance Moms cast, appeared in Todrick Hall’s video “Freaks Like Me.” It was released on July 3rd, 2014.

Melissa Ziegler was born on June 13, 1968, in the United States of America. Before marrying Greg Giosoni, she married Kurt Ziegler with whom she has 2 daughters Maddie Ziegler and Mackenzie Ziegler, both gained huge public fame.