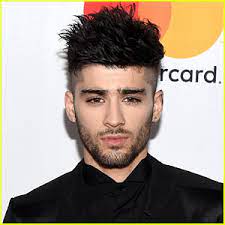 Zayn Malik is an English singer, songwriter, and actor. His fame rose when he came to the British X factor as a solo contestant in 2010. Zayn was a member of the British band One Direction which is also the best-selling boy band of all time. Harry Styles was another member of the boy band One Direction. He earned popularity after the release of his first album ‘Mind of Mine’ in 2016. This music album was presented by RCA records presented this music album.

During school, Zayn Malik took performing arts courses and appeared in school competitions. His childhood grew up listening to his father’s urban music records. He also wrote raps at an early age. Zayn sang on stage for the first time in front of singer Jay Sean. He also boxed for two years Before beginning his music career.

For his debut album lead single song “Pillowtalk”, Malik won BMI Pop Award in 2017. He nominated so many awards for this song. Zayn won the MTV Video Music Award for “I Don’t Wanna Live Forever” with Taylor Swift in the same year. Another single “Dusk Till Dawn” featuring Sia, was met with massive success. He released his third album “Nobody Is Listening” in January 2021.

Zayn Malik was born in Bradford, West Yorkshire, England. His father Yaser Malik is an immigrant Pakistani Muslim. And mother Trisha Malik is a White British. Zayn has one older sister, Doniya Malik, and two younger sisters, Waliyha Malik and Safaa Malik. He has been in a relationship with American model Gigi Hadid since 2015. But lately, they broke up in October 2021. The couple has a daughter named Khai Hadid Malik, born in September 2020.

Zayn Malik collaborated with Nicki Minaj for the song “No Candle No Light” in 2018.