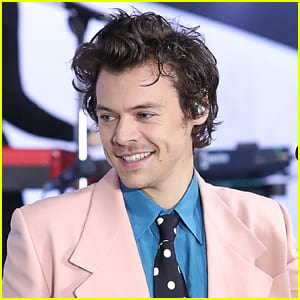 Harry Styles is an English singer, songwriter, and actor. He was a member of the British band One Direction which is also the best-selling boy band of all time. He earned popularity after the release of his first album in 2017. This album becomes one of the world’s top-ten-best-selling albums in the same year. It also gained the number one album in the United Kingdom and the United States. Harry is the First One Direction member who wins a Grammy award. he is also well known for his flamboyant fashion. Harry is the first man to appear on the cover of Vogue magazine.

At a very early of his age, he recorded covers on a karaoke machine. his first recorded song was Elvis Presley‘s “The Girl of My Best Friend”.This machine was given by his grandfather. Harry attended Holmes Chapel Comprehensive School, where he was the lead singer for the band White Eskimo. The band won a local Battle of the competition. Harry worked as a part-timer at the W. Mandeville Bakery in Holmes Chapel at the age of 16.

He made his music debut with his self-titled album in May 2017. This album featured with 10-track. the lead single of the album is “Sign of the Times” which topped the iTunes charts in over 84 countries. This was the biggest debut album in the history of the U.K. male artist’s first album. And it topped official charts at #1 in more than 55 countries. Harry Styles’ second album “Fine Line” (2019) debuted as a top in the US Billboard 200. The album also made history with first-week sales. It’s another single “Watermelon Sugar” set up in the US Billboard Hot 100.

Harry Styles was born in Redditch, Worcestershire, England. His parents Anne Twist and Desmond Styles divorced when he was seven years old. Harry dated with a television presenter Caroline Flack in January 2012. Later, He briefly dated American singer-songwriter, Taylor Swift, until the end of 2012. He also had a relationship with French-American model Camille Rowe who inspired his 2019 album Fine Line. Harry has been in a relationship with actress and director Olivia Wilde Since January 2021.