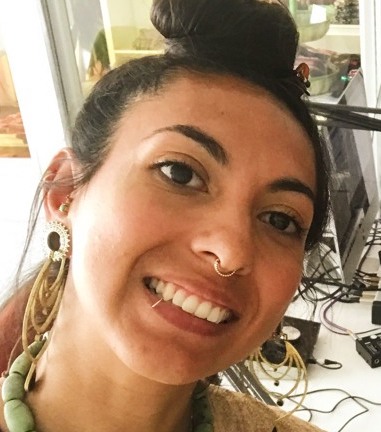 Roxi Satni was born in Mexico City. She is an American Tattoo Artist. She enjoy doing mermaids and sirens. Roxi love flowers, animals, creatures, lines and dots patterns and mesoamerican ancient art what represents her culture.

Roxi Satni story about the tattoo begins in Mexico City, 2008. She was still studying her university career when She had the curiosity, more than becoming a tattoo artist, to know. If She could do it and what would be the feeling of drawing, injecting ink permanently in the human body.

The moment a little light caught on her, Roxi Satni decided to get what She needed to learn and the basic tools. So first She had to look for a person to help her to contact someone who could sell her the equipment that was required.

Her best friends did help to collect her tools and her first liner machine from another person. It had an ace of spades figure and what Roxi liked the most is that She was left-handed, so She could use it better with the hand She draw.

So the same man who sold her the machine introduced her to a tattoo artist and She began her apprenticeship with him.

Roxi Satni had already tattooed some people but her brother was the one who gave her a bit of his skin for the first time to have the opportunity to experiment, She was a little nervous but about being her brother, gave her confidence and freedom.

Roxi spent about two and a half years going to a county two hours away from where She lived.

Then it was time to follow her path, She kept tattooing family, friends, and new people. After some years She came to Los Angeles and Her path continues and begins again.