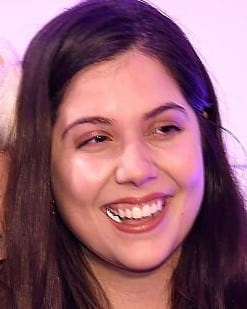 American fashion designer and stylist Natali Germanotta rose her fame as the younger sister of singer Lady Gaga. She has gained popularity as well as her sister Gaga. Her company Instagram account @topostudiony has reached more than 10K followers, where she shares her fashion design-related photos. Natali is also active on Facebook, Twitter & other social networking sites.

She has designed so many dresses for her sister including for a spread in Harper’s Bazaar in 2014.

Natali Germanotta was born on March 10, 1992, in New York, USA. She grew up with her parents Cynthia Louise & Joseph Germanotta in an upper-middle-class Catholic family. She attended a private all-girls Roman Catholic school the Convent of the Sacred Heart. After graduating, she studied fashion at Parsons School of Design, a constituent college of The New School.