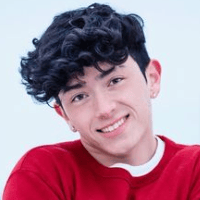 American TikTok Star Levi Underhill gathered huge fanbase profiles by sharing lip sync videos as well as vlogs on his social media sites, especially on his TikTok account @notleviunderhill. His first account was banned, and more than 800K fans followed him. Despite being banned, Levi did not stop his run and used to upgrade his content, gaining massive support from audiences.

He got inspiration and followed in his younger brother Jesse’s footsteps and started posting lip-sync videos on Tiktok which was then called Musical.ly. Jesse was already famous on this app and helped Levi post interesting and eye-catching video clips.

Levi Underhill was born on May 26, 1995, in the United States and grew up alongside his siblings Jesse, Aaron, Isaac, and a sister, Rachel. He had romantically linked with TikTok star Alyssa McKay.

He has posted TikTok videos featuring famous songs by Justin Bieber and other musicians.