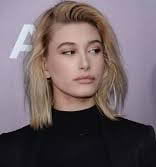 American model & media personality Hailey Baldwin has massive popularity on social media platforms. She has been reached 41.2m Followers on Instagram since starting. More than 4.5 million people follow her on Facebook. Her YouTube channel also gained 1.49M subscribers after a few months of creation.

She had a passion for modeling from an early age that helped her to make herself as a most celebrated model including social networking sites.

As a model, Hailey first signed and modeled for Ford Models. She also appeared in magazines such as Tatler, LOVE, V, Vogue, and i-D. Besides her modeling, Hailey is an actress, TV host, brand advertiser. Her debut television documentary Livin It: Unusual Suspects was released in 2005. She hosted the 2015 MTV Europe Music Awards On October 25, 2015.

Hailey Baldwin was born on November 22, 1996, in Tucson, Arizona, U.S. She grew up with her parents Stephen Baldwin & Kennya Baldwin. Hailey has a sister named Alaia Baldwin. She attended American Ballet Theatre in New York through her teen years. After dating Justin Bieber a few years, she married him in November 2018.