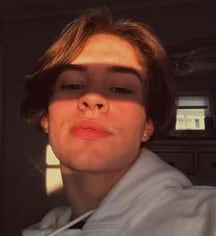 American TikTik star, dancer, and social media influencer Anthony Reeves gained a lot of fanbase profiles on social networking sites. He has been reached more than 10.9 million fans by posting lip-syncs and duet videos. His Instagram account belongs around 4.3 million followers with huge likes & comments. Anthony joined Twitter in October 2016, where he also earned more than one million followers.

He is popularly known as luvanthony on social networking sites. Besides his TikTok & Instagram, Anthony is available on his Snapchat stories at AnthonyDReeves3.

In 2019, he started his YouTube channel, where he uploads comedic videos. His “My Girlfriend Does My Makeup/Q&A!!,” hit more than one million views within a short time. He became a member of the Sway House. Where Anthony collaborated with popular TikToker like Josh Richards, Bryce Hall, Griffin Johnson, and more.

Anthony Reeves was born on November 7, 2001, in Ashland, Kentucky, the United States. He grew up with his parents and three brothers. Anthony completed his school at a local high school in the United States. He has been in a relationship with American TikTok Star & model Avani Gregg since March 2020.

He posted a dance video with Jaden Hossler, set to a song by Megan Thee Stallion.