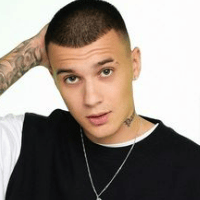 Russian Rapper, XO Team Member, and Blogger Timur Sorokin is well known for his various music videos, including songs like “Ogony”, “Pisma” and “F+T”. He gained a massive fanbase profile on social media platforms. His Instagram @timursorokin has been followed by around 1.9 million people.

He has been passionate about music especially rapping since an early age and took performances at several stages during his school.

He collaborated with huge celebrities including, XO Team members on TikTok, YouTube, and other social networking sites. Where he makes duets, rapping, dancing, and related content. Timur uploaded his first YouTube video was uploaded on March 26, 2016, and was a parody of the Leningrad song “Exhibit”.

Timur Sorokin was born on August 15, 1999, in Russia. Before romantically appearing with XO team members & Instagram model Alisha Kone, he had a relationship with Instagram sensation Feeviun.