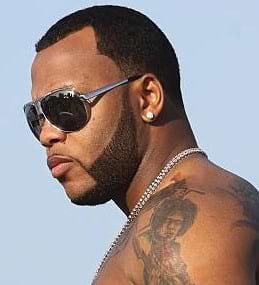 American rapper Flo Rida gained huge popularity through by his 2007 breakout single “Low” which was number one for 10 weeks in the United States and broke the record for digital download sales at the time of its release. Not only offline popularity, but his social networking sites also gained a massive fan following on the internet.

During performing, rapper Fresh Kid Ice took notice and asked him to be his hype man, and shortly after he took him for a show in Hawaii. Flo considers this period his schooling with The GroundHoggz, they were featured guests on Fresh Kid Ice’s album Freaky Chinese in 2004.

He has sold over 80 million records all over the world, making him one of the best-selling music artists. Flo’s catalog includes the international hit singles “Right Round”, “Club Can’t Handle Me”, “Good Feeling”, “Wild Ones”, “Whistle”, “I Cry”, “G.D.F.R.” and “My House”.

Flo Rida was born on September 16, 1979, in Miami Gardens, Florida. He grew up with his parents and completed his early education at a local high school.

He collaborated on “Wild Ones” with famous singer Sia.