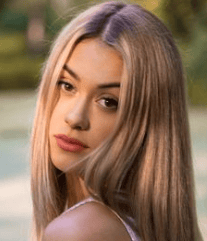 Polish Singer and YouTuber Sylwia Przybysz gained a huge fanbase profile on social media platforms after releasing some famous covers on social media sites. Besides her singing career, she also accumulated an immense fan following on her Instagram account @sylwiaprzybysz were likely 1.9 million fans following her.

After starting to cover songs on her YouTube channel, Sylwia first came to the fore when she performed Cher Lloyd ‘s ‘Want U Back’. She presented a video clip for her debut single “Plan”, in which Mezo sang as a guest in 2015 which was featured on her first studio album, Plan, which was released on October 9.