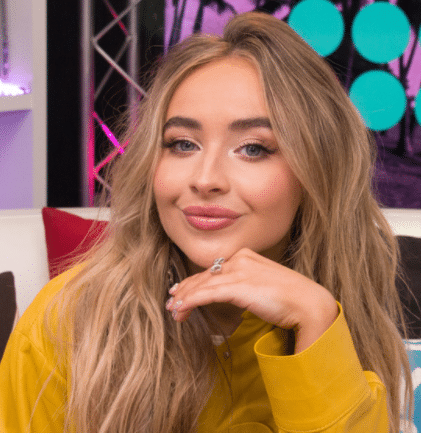 Sabrina Carpenter is an American singer, actress, and producer whose acting debut started with a crime series “Law & Order: Special Victims” and first come to discussion for her role as the young portrayal of Chloe Goodwin in the series “The Goodwin Games”.

At the age of 10, Carpenter made videos by singing and posting on YouTube. She attended a singing contest at this age and placed third position in the competition.

Besides acting career, Sabrina Carpenter’s “All You Need” charted as the First soundtrack on Radio Disney. But her first single debut song “Can’t Blame a Girl for Trying” was released on April 8 in 2014 which generally got well-wished from the audience. Later, she released her album  Eyes Wide Open in 2015.

Sabrina Carpenter was born in Lehigh Valley, Pennsylvania, United States. Her father David Carpenter was a Chef, and her mother Elizabeth Carpenter. The Carpenter family has three daughters; Sarah, Shannon, and Cayla along with Sabrina.