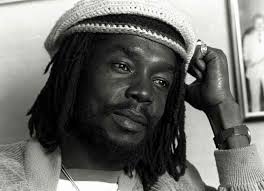 Jamaican reggae musician Peter Tosh was the established member of the Wailers along with Bob Marley and Bunny Livingston. He was a promoter of Rastafari.

At a young age, he learned guitar after watching someone play guitar on the television. He then picked up the guitar and played the song back to the man.

Tosh started his own albums with Rolling Stones Records and CBS Records Equal Righ in 1977. He was the co-writer of the song with Marley, “Get Up, Stand Up”. And a cover of “Stepping Razor” that would also appear on the soundtrack to the film Rockers.

Peter Tosh was born on October 19, 1944, in Grange Hill, Jamaica. After abandoning by his parents, he grew up with his aunt. When he was 15, his aunt dies. Later, Tosh moved to Trenchtown in Kingston, Jamaica. He was murdered on September 11, 1987.

He had a good friendship with Grammy Award winner Bunny Wailer.