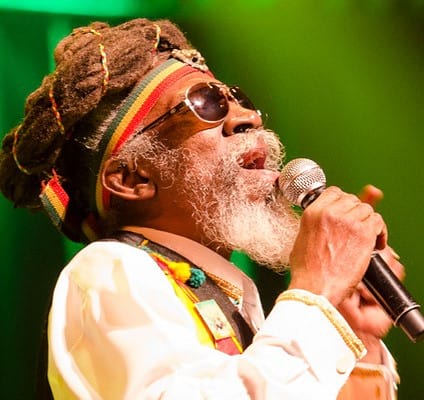 Jamaican singer-songwriter and percussionist Bunny Wailer was a reggae musician. He was also known as Jah B, Bunny O’Riley, and Bunny Livingston.

After meeting with Bob Marley, he made with him a good friendship and it longed until his death.

He started his music career with “The Wailing Wailers” which formed in 1963. Bunny along with Marley and friend Peter Tosh, and the short-term members Junior Braithwaite and Beverley Kelso. Where he played as a vocalist and some of his composition like, “Who Feels It Knows It”, “I Stand Predominant”, and “Sunday Morning”. He recorded his studio songs for the first time in 1967.

Bunny Wailer was born on April 10, 1947, in Kingston, Jamaica. He spent his earliest time in the village of Nine Mile in Saint Ann Parish. Before his father met with Cedella Malcolm, he used to live with his father. He died on 2 March 2021 at the age of 73.

He won more than three-time Grammy Awards in his music career.