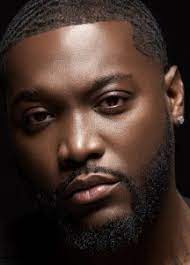 LoSmoothe is an American Musical Artist. He was born on November 23, 1984, in Sugar Land, Texas, United States. He gained a lot of fanbase profiles on social networking sites. His Instagram account belongs around 22.6k followers with huge likes & comments. His Spotify song has 27,486 monthly listeners.

LoSmoothe always had a love for music all his life, He was that annoying kid at the table making beats with his fist and hairbrush while his friend’s freestyle before the first period started in school. At that time, He was too shy to freestyle from being afraid of messing up. Little by little, He started to jump with his cousins and friends, then soon enough, they couldn’t get him to shut up lol. He started taking music seriously around 2007-2008.

Fast forward a few years later, He ended up signing an independent deal with two other members as a rap trio. Parting ways with the group, He started his solo venture still rapping but slowly transiting to singing more. The only thing He thought best to do at the time was to walk away and stop making music. Because of his love for music, He talked his back into being creative and wrote more songs.