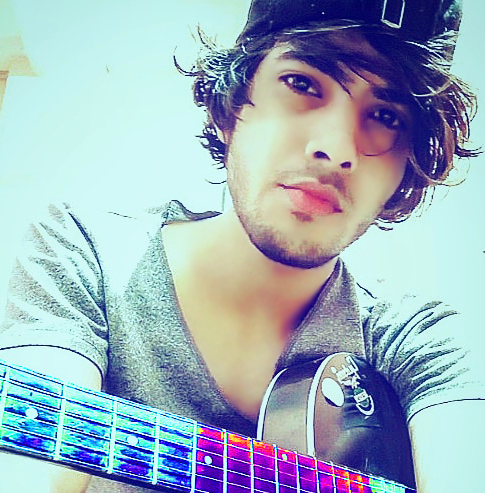 Abi Angelos is an Indian artist, performer, producer, and singer. He made his debut single “Falling Around” in 2018. Angelos made his first sketch when he was 4 yeas old which got him a name of ‘Youngest Artist In Town’.

Abi started his first dance class at school for the annual function. Later, He studied music and sketch art in the school and attended the dance School in Nagpur city ‘The Core’. Abi completed his education from Royal Gondwana Public School in 2014. He also dropped out from Mohota Science University.

When he was 11, RJ Milind the owner of “Bird school of arts (Nagpur) and a RadioCity host” signed Abi Angelos for a Hip-Hop dance, and music performance at Sai Sabhagruha hall, Shankar Nagar, Nagpur – 440010 (Behind Wockhardt Hospital Shankar Nagar) where he got his first appearance on UCN news T.V channel of Maharashtra state where he got his genuine 1000+ fan base on his Twitter and Facebook page.

In 2014 Abi continued performing Pop Music at local gigs, college, Pubs, and malls with his colleagues (Uproar/Preet), Pragati. Later he decided to create a YouTube channel of Music covers for his hundreds of fans in 2015 where he got near 1000 fans, but soon the channel got banned for copyright issues, he created another YouTube page in 2016 which got 1000+ fans rushing on his music page, Abi Angelos released covers and originals on his own style from his bedroom which got him over 200,000+ overall streams on YouTube, his cover faded went viral on “Who sang it better” YouTube channel with over 1,000,000+ plays, he said “I was a confident singer, I got a condenser microphone as a gift, but never used any condenser mic before like a playback singer, I’ve always performed live with a live singing mic but this condenser mic got me nervous”, therefore he put his very first cover title on YouTube as “When a beginner covers faded” where he got thousands of viewers loving and commenting on his talent.

He continued putting covers, later on, he got partnered with a music company “Dark Soul Records In” with its publisher “Dot Records” the network of Universal Music Group in 2019, after releasing his 3rd original Progressive Rock single “Falling Around” on SoundCloud.

His latest Music video “Take My Pain Away” got certified on Aug 3, 2021, which got its first appearance on Xite T.V, Vh1 (UK), Vh1 (USA), Apple music videos, etc., which made him the youngest artist from India who’s aired internationally on Vh1 music T.V channel in 2022.