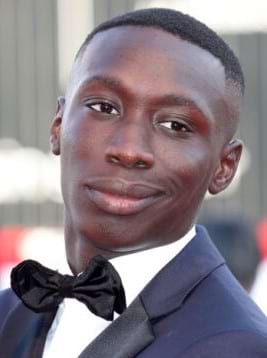 Khaby Lame gained massive fame after posting videos depicting complicated “life hacks”, in which he performs the same task in a simple way, without saying anything during the covid pandemic on his TikTok account. He became the most followed person on the TikTok platform as of January 2023 with 154.2M followers. Besides, his Instagram profile also hit more than 80 million fans.

Khaby worked as a CNC machine operator at a factory near Turin, before getting laid off in March 2020.

Khaby Lame was born on March 9, 2000, in Dakar, Senegal, and raised in Italy with his parents. He has three siblings. Khaby studied in Italian schools until he was fourteen when his parents decided to temporarily send him to study in a Quranic school near Dakar. He engaged with Zaira Nucci in October 2020.