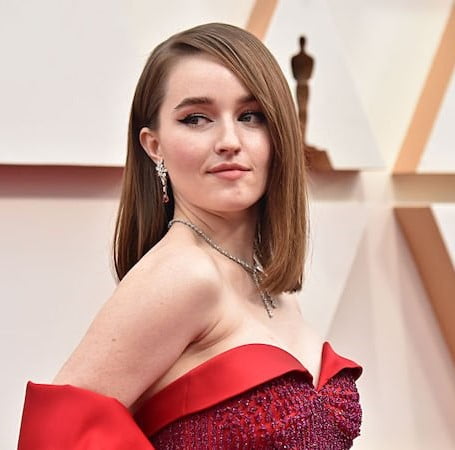 Hollywood’s top influencing young actresses Kaitlyn Dever is an American actress, a musician, and a model who is well known for her work like the crime drama series Last Man Standing, miniseries Unbelievable, and popular film Booksmart, etc.

Dever’s first remarkable debut was “An American Girl: Chrissa Stands Strong” in the role of Gwen Thompson in 2009. After two years, she played a great role as the character of Loretta McCready in the television series “Justified”.

Before moving to Dallas, Kaitlyn Dever went to school where she attended gymnastics, and ballet, and skating. With the intention of acting her family admitted her to the Dallas Young Actors Studio and here Dever completed her long-time acting program before moving to Los Angeles.

Kaitlyn Dever was born in Phoenix, Arizona, USA. Her father Tim Dever is a player in the showbiz industry in Dallas and her mother’s name is Kathy Dever. Dever’s family has two younger daughters named Mady Dever and Jane Dever along with Kaitlyn.