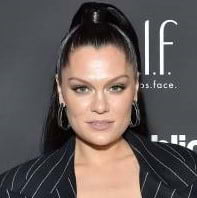 She began her career on stage, aged 11, with a role in the West End musical Whistle Down the Wind.

Jessie launched her debut album, Who You Are in 2011. The album contains her singles such as “Do It Like a Dude” and “Price Tag” which topped the charts in nineteen countries including the UK. Her second album Alive (2013) peaked within the top five on the UK Albums Chart and also included the top-five singles “Wild” and “It’s My Party”. Furthermore, Jessie launched lots of hit albums with topped singles in the following year.

Jessie J was born on March 27, 1988, in London, England. She grew up with her parents Stephen Cornish & Rose and was educated at Mayfield High School in LB Redbridge. Jessie had a relationship with American singer Luke James until the end of 2015. In 2014, she relocated from London to Los Angeles, California.

She has a good friendship with British singer Adele.