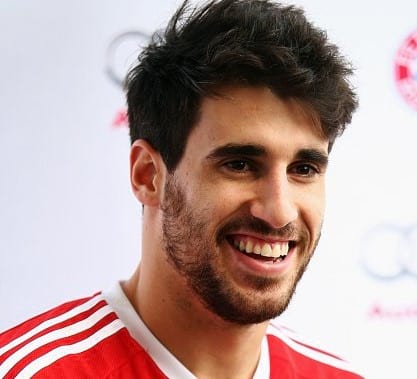 Javi Martínez is a professional footballer of Spain. He was a former defensive midfielder or central defender for FC Bayern Munich. Now, plays for the Qatar Stars League club Qatar SC.

Spanish footballer started his career as a basketball player in his youth. At the age of 17, signed in Athletic Bilbao for €6 million.

He played 201 games for Athletic Bilbao with 22 goals. On 29 August 2012, Javi joined the German club Bayern Munich for €40 million with a five-year contract. He won nine consecutive Bundesliga titles as well as the UEFA Champions League in 2013 and 2020. Where Javi Martínez appeared 165 matches with 9 goals. As a Spain international player, he won the 2010 FIFA World Cup and UEFA Euro 2012. Javi also played in the 2014 FIFA World Cup.

Javi Martínez was born in Estella, Navarre, Spain. He has an older football player brother Álvaro, who played as a defender in the lower leagues of Spain.