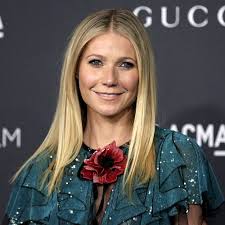 American actress Gwyneth Paltrow is also a successful businesswoman and singer. She won various awards and nominations for her career.

Gwyneth was raised in a well-known actress and producer family. Where she got the inspiration for her starring career.

In 1995, an American actress rose her fame with a film, Seven. Following her success, she also appeared on Emma (1996), Sliding Doors (1998), and A Perfect Murder (1998). Later, Gwyneth earned massive success in the romantic historical fiction film Shakespeare in Love (1998). She received a Grammy Awards nomination for the children’s audiobook Brown Bear and Friends.

Gwyneth Paltrow was born to actress Blythe Danner and film producer-director Bruce Paltrow. She grew up in California and attended Crossroads School. Later, she studied art history at the University of California. Before marrying Brad Falchuk, an American actress also dated Brad Pitt and Chris Martin.

She has been a good friendship with popular American singer Beyoncé.