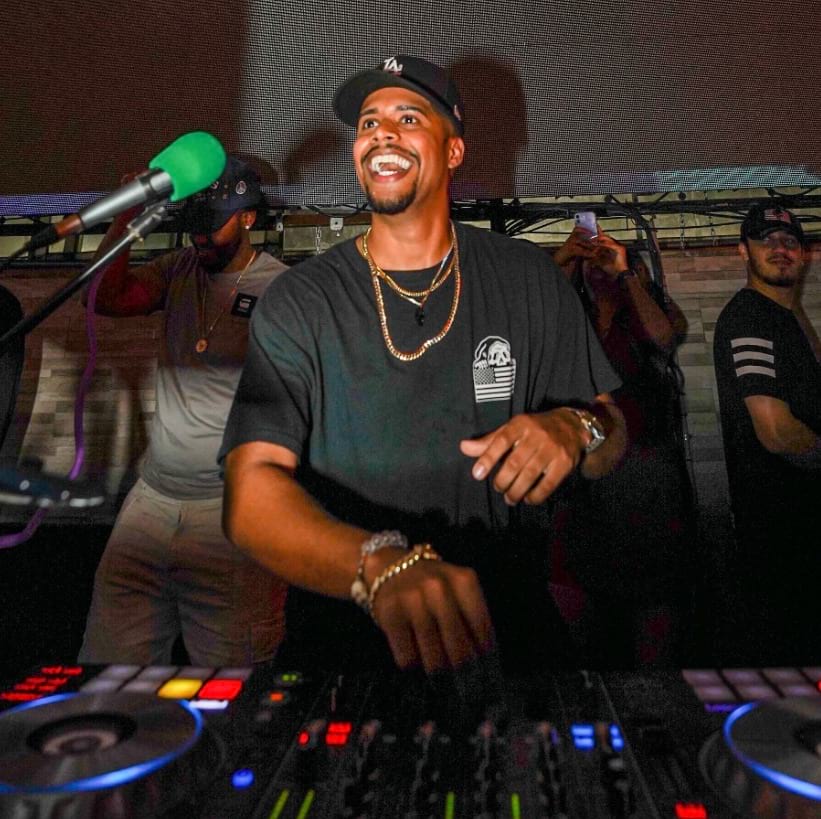 Roth’s DJ career evolved as he began filling rooms with his unique energised “open format”. DJ style that often fuses hip-hop, Latin, Top 40 and other genres. In 2014, he won “Best DJ on the Rise” in the nationwide Latin Mixx Awards. It was also at this time that Roth began his role as producer on the #1 rated overnight radio show on NYC’s WWPR Power 105.1. Roth’s hustle and ambition allowed him to quickly rise to major recognition while bringing his “Elephant Energy” to nightclubs and functions all over the USA.

In December 2020, Frank Roth launched DMDC, which stands for Dominican Men Don’t Cheat. Roth’s clothing line the best known for the eye-catching phrase printed on the merchandise. He stated “At first it started as a joke, I’d just say the phrase while djing in a club and the people loved it”. From there the young entrepreneur put together a team that brought the project to life. DMDC launched offering an array of options for races, nationalities and even occupations with the “Hookeros Dont Cheat” Limited Edition Hoodie. From Dominican, to Asian and Jamaican; no matter where you’re from DMDC represents faithful men worldwide. DMDC merch can be found at DominicanMenDoNotCheat.com.

Along with his acute professionalism, Roth embodies the versatile and vibrant energy of New York City. He has high-profile clients spanning across the nation from Hennessy to the Office of The Mayor Of New York City. He can be found catering to his community DJing at festivals, pa-rades, and school functions.

Roth’s distinctive versatility and adept skills have allowed him to entertain crowds all over the U.S. Keep an eye on this “Elephant In The Room” as he continues to take his talents on the road.

Often dubbed “The Elephant In The Room,” The Dominican/American Bronx native Frank Roth has succeeded in standing out from the crowd, both on and off the turntables. It’s his desire to ex-plore beyond the mundane that has afforded Roth the opportunity to perform thousands of live events on a national and international scale. With more than seven years of DJing under his belt. He’s quickly become one New York City’s most respected up-and-coming DJs.

While attending Baruch College in NYC. Roth was exposed to the DJ culture when he hosted his first show on WBMB College Radio. He instantly fell in love with the craft and would go on to complete his bachelor’s degree in Management of Music Enterprises.