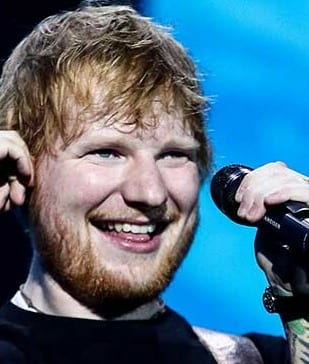 He sang in a local church choir at the age of four and learned how to play the guitar at age eleven. Sheeran also began writing songs while at Thomas Mills High School in Framlingham.

Sheeran released his debut album, +, was released in September 2011 and topped the UK Albums Chart. It contained his first hit single “The A-Team”. His second studio album, × topped charts around the world upon its release in June 2014. Furthermore, he launched hit albums such as ÷ (pronounced “divide”), = (pronounced “equals”), with lots of topped singles, and won huge awards.

Ed Sheeran was born on 17 February 1991, in Halifax, West Yorkshire, England. He grew up with his parents John Sheeran & Imogen Sheeran. He has an older brother named Matthew Sheeran, who works as a composer. Before marrying Cherry Seaborn, he also had a relationship with Athina Andrelos.