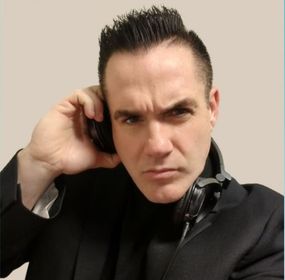 American Musician, Producer & Musical Artist Harry L Taylor III popularly gained stage name as the DJ Rockstar. He gathered a large fanbase profile on social media platforms. His fan has been reached 131K on his Instagram account @djrockstar_official. More than 115K people follow him on his verified Facebook page @DJ Rockstar. The American musician also has a TikTok account @djrockstarphillly with a huge fan following. He started his YouTube channel ‘DJ ROCKSTAR’ in April 2013, where he uploads his musical performance. Harry is available including Twitter, Soundcloud, Linkedin & other social networking sites with a huge fan following.

He associated with several professions. Harry started his profession as a disc jockey in pubs and bars, when he was only 18 years old. After two years, he began his career as a law officer in the law forces.

As a professional DJ, Harry started his musical tours with numerous different artists, and has been on major stages in the United States and internationally. His performance at Radio City Music Hall in NYC with American Musician Rockell and Joe Zangie, helped him to earn as the professional DJ in the freestyle genre. The trio collaborated some hits for their fans such as “In a dream”, “I’ll be loving you”, “Can’t we try”, “Mad About You” and more.

Besides, he appeared in the first season of the ‘Apprentice’ and played a role in the movie ‘Invincible’. Furthermore, Harry has also done a commercial for the Bristol Myers pharmaceutical company. Harry also runs a radio mix show DJ and actively still touring and producing music in Edm/dance genre.

DJ Rockstar was born on January 15, 1977, in Philadelphia Pennsylvania, USA. He grew up with his parents Harry L Taylor Jr & Mother Donna Marie Sassa. Harry had two younger siblings Joseph Taylor and James Taylor but tragically lost both his siblings as well as his parents at a very young age. He has two children and a daughter who lives in Norway.