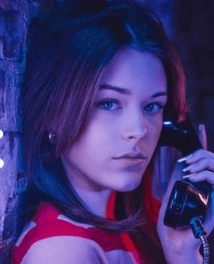 Although she had a number of TikTok accounts including her former coratilleyyyy and coratilley accounts, which were banned for unknown reasons and she had to start new accounts.

After banning her first 2 TikTok accounts, Cora created a new profile named @notcoratilley where she hit more than 1.6 million fans across the world. In most of the videos, Cora featured her bedroom videos. Besides, many contents of her also linked up her friends, travels, prank as well as makeup-related.

Cora Tilley was born on December 17, 2004, in Georgia, USA. She grew up with her parents and completed her early education at a local high school. Currently dated another TikTok star from Michigan Christian Hitchcock who also has a hefty amount of fan following on the social media platforms.