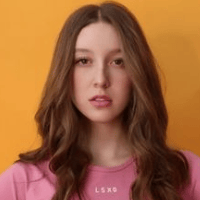 American entrepreneur Alina Morse is CEO of Zolli Candy, a company that sells the candy she developed: sugar-free lollipops called Zollipops, hard candy called Zolli Drops, and taffy called Zaffi Taffy. The candy is sold online and in about 25,000 stores in the United States and internationally, totaling US$6 million in sales in 2018. Besides, she also gained a huge fan following on social media including the Instagram account @alinastarrmorse where more than 17.9K people follow her.

Morse founded her company at the age of nine. After gaining fame, she was twice invited to the White House and as a youngest person to be on the cover of Entrepreneur Magazine. Morse appeared on the Steve Harvey television show, saying “I hope every kid in America has a clean mouth, a healthy smile and a Zollipop in their hands” in 2015.