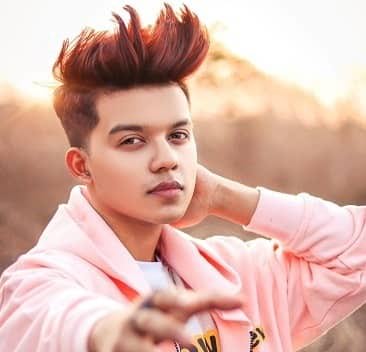 Riyaz Aly is a famous Tiktok Star, social media influencer, fashion blogger, celebrity, dancer, actor, and model. He appears Forbes under 30 as an influencer in 2021. He is also considered the most influential young TikTok star. Aly is popular for posting Lip-sync videos on the popular app TikTok. He has 44.4 million followers on the platforms. His rank on TikTok is the 15th most followed person.

Riyaz Aly started his career with dubbed Bollywood songs and trending songs Lip-sync videos, uploading videos on TikTok in 2017. At the age of only 14 to 15, he came to eyes on the people. He gets fame very early age and was able to reach a huge fan following all over the world. Aly has reached 22.7 million followers on Instagram and 5,527 on Twitter until the end of November 2021. He has a self-named YouTube channel with 298K subscribers.

Aly’s music video career starts with a song named Yaari Hai. The original singer of the song was Tony Kakkar. After this, he acted in several Hindi and Punjabi music videos like Pahadan (2019), and Superstar (2020), Daily Daily (2020), 1 am (2021), etc. Aly collaborates with three video songs Avneet Kaur such as Pahadan, Daily Daily, Chocolate. He also worked so many songs with the ‘Desi Music Factory’ music channel.

Riyaz Aly has lots of hobbies. He loves dancing, acting and traveling, etc. Aly is also a big fan of Cricket and always watching with enthusiasm.