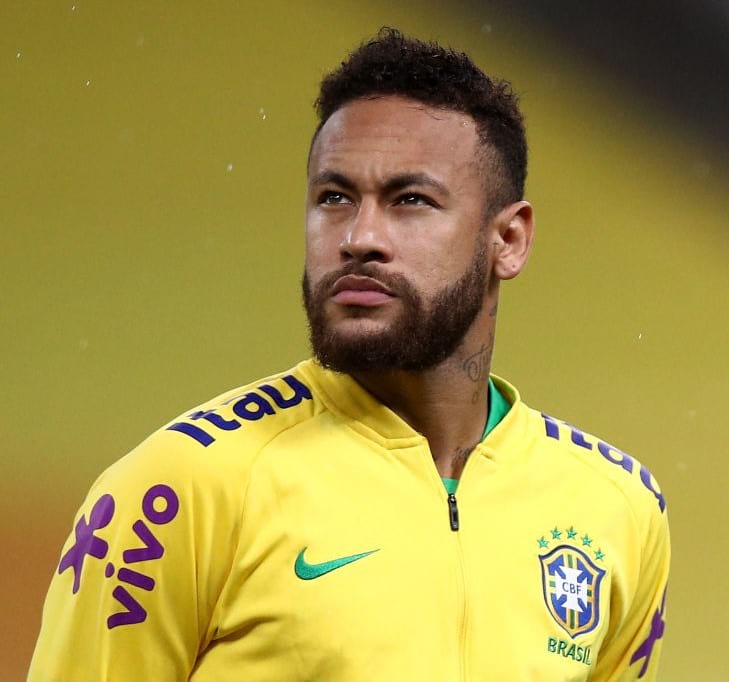 Neymar Jr is a Brazilian professional footballer who is considered the best technical player in the world. he plays for a prominent club Paris Saint-Germain and Brazil national team as a forward and wears number 10.

At the age of 17, Neymar’s career journey started with Santos. With his integral performance, the club won two successive Campeonato Paulista championships, a Copa do Brasil, and the 2011 Copa Libertadores. Where he scored 107 goals in 177 matches. he won the South American Footballer of the Year in 2011 and 2012 with Santos.

Neymar joined Barcelona in 2013 and helped to make a forward trio with Lionel Messi and Luis Suárez. Barcelona won the continental treble of La Liga, the Copa del Rey, and the UEFA Champions League in 2015 with the unstoppable performances of Neymar Jr.Until leaving the club, he appeared in 123 matches and scored 68 goals.

In 2017, Neymar transferred to PSG for €222 million and that was the most expensive transfer in the world. PSG won three league Coupe de France, and two Coupe de la Ligue with him. Neymar was also nominated and won the title of Ligue 1 Player of the Year in his debut season.

He made his position in the national team at the age of 17. The team won the 2011 South American Youth Championship, and the 2013 FIFA Confederations Cup, with him. He also gained the Golden Ball. Neymar was injury during the 2014 FIFA World Cup and 2015 Copa América. He appeared in 115 matches for Brazil and scored 70 goals. Neymar is the second-highest goalscorer for his national team after Pelé.

He was born in Mogi das Cruzes, São Paulo,Brazil.His father Neymar Santos Sr. is a former footballer and became his son’s first trainer and his mother is Nadine da Silva. He has a sister named Rafaella Beckran. Neymar and his former girlfriend Carolina Dantas have a son Davi Lucca, born on 13 August 2011.