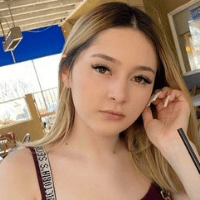 Since starting her TikTok account, Nathaly has often shared fashion-related content on the platforms and able to hit more than 600K fans and 47.1 million likes until the end of August 2022.

She began her self-titled YouTube channel in 2019 and accumulated around 872K subscribers. Where she uploads everyday vlogs, fashions, traveling, workouts, cooking, and other celebrations program videos. Nathaly made a video, ‘waking up at 5 am to get ready for school + high school vlog’ which reached more than 3 million people, and around 73K people liked the content.

Nathaly Cuevas was born on August 29, 2003, in the United States. She grew up with her Mexican descent parents. She has sisters named Edith and Nely Cuevas, as well as a brother named Edward.