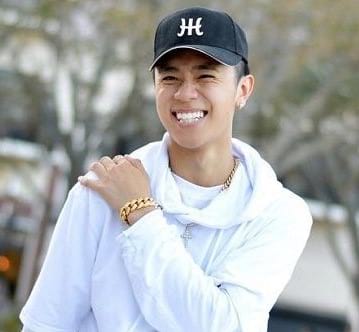 Michael Le is an American popular TikTok star, social media personality, singer, dancer, and well-known for his choreography. He is one of the biggest TikTok stars. More than 51.1 million people follow him on the platforms. People know him as justmaiko on TikTok. He’s ranked as the 12th most-followed person on the platform.

TikTok star Michael Le began his career journey as a dancer at the age of four. But he became popular with his first videos in 2016 on TikTok. It was a dance video and he also earned his popularity by choreography dance. Michael launched his first self-named YouTube channel in 2014. But then changed the name and set up JustMaiko in 2019. He is posting short dance videos, dance tutorials, and challenges on his YouTube and other social media platforms. Justmaiko has around more than 2.67 million subscribers on YouTube.

Michael has had 2.6 million followers on Instagram since he created his account. He posts his update of works on Instagram. In 2020, Michael’s name is listed on Forbes as one of the highest earners on TikTok.According to Forbes, he earned around $1.2 million this year. Michael also has a Facebook page with 225K followers.

He started his early education with a local school in Florida. In high school, He attended videography and photography classes. But didn’t complete his higher education to pursue his TikTok career.

Michael Le was born and grew up in Florida, United States. His father Mr. Le is a businessman and his mother Mrs. Teena Le is a nail technician. Michael has two younger brothers Danial and Jonathan Le and a sister Tiffany. They are also a member of justmaiko’s choreography dance group. Each member of his dance group including his mother has massive popularity on social media platforms.