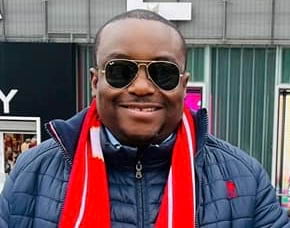 Nigerian entrepreneur Michael Ede is a UK-based football agent, and investor. He is the founder of Maigmike Consulting, and Uplift11, a sports career management firm. He rose his fame on social media as a popular football agent. More than 139k fans follow him on Instagram. He is also active on his Facebook page with more than 23K followers.

Before starting as a football investor, he served as a project manager in multiple companies. Ede worked with Moorfields Eye Hospital NHS Trust, Santander Global Banking & Markets, Lehman Brothers, Atlantic Asset Management bank, RBS, and Lloyds Banking Group. He is also a member of the Professional Football Agents Association. He has been featured in several media including Haute Living, Influencive, Tech Times, IB Times, Vents Magazine, NewsBreak, and others.

Michael Ede was born on March 3, 1975, in Nigeria, West Africa. He grew up with his Nigerian parents. Ede completed his early school at a local school in Nigeria. Furthermore, he gained his bachelor’s degree in biochemistry from the University of Jos in Nigeria. Ede also graduated in business administration from Manchester Metropolitan University in the United Kingdom in 2011.