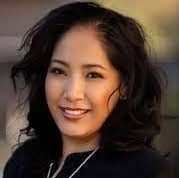 American internet entrepreneur Liz Herrera is popularly known as an E-Commerce Coach & Consultant. She is the CEO & Founder of I Build Your Brand, an internet marketing firm. The crypto expert also gained fame as ‘Hurricane Liz’ on social media platforms. She has over two thousand followers on her Facebook page. Her social networking sites, including Instagram, Linkedin accounts have reached thousands of fans.

Herrera began generating an online platform by taking advantage of the Amazon FBA seller platform and selling her products online in 2011.

After early retirement from a rewarding ten-year online poker career, she made millions of dollars selling on Amazon.com. In 2015, she became one of the first YouTubers to speak on the topic of cryptocurrencies. Herrera shared the stage on OMG Live 2015 and 2016 and 2017, Mass Conversions Live 2016, Alex Becker’s Ten Pillars of Wealth, the Amazon Millionaire Summit 2015, and the Genius Network Annual Event 2018. She was often profiled in major publications such as Forbes, Entrepreneur Magazine, Inc., and many others.

Liz Herrera was born on November 14, 1974, in El Paso, Texas, United States. She is An American Entrepreneur. She grew up with his American parents. Liz completed graduation from The University of Texas at El Paso from 1993 to 1998.