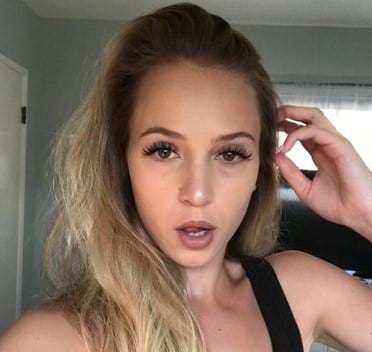 YouTube star and Instagram influencer Lindsay Fox rose her familiarity as a sister of American YouTuber Tanner Fox. She has a strong presence on social media platforms. On her Instagram, more than 308k people follow her. Lindsay regularly updates and post on her several social networking sites.

Besides her social media activities, she runs a business of clothing and merchandise.

Lindsay Fox created her YouTube channel on September 10, 2013. American YouTube star post a variety of content like challenges, make-up tutorials, and reviews. Her videos, including with ‘Never Have I Ever Challenge Feat. Brother,’ ‘Exposing my Brother’ and ‘Sibling Tag with Tanner Fox’ are the most viewed videos on her channel.

She was born on March 30, 1998, in the United States of America. Lindsay grew up with her mother Ronda Fox and brother Tanner Fox.