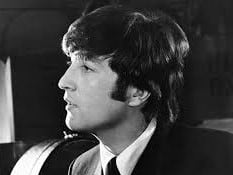 English singer John Lennon was a famous songwriter, musician, and peace activist. He was the founder, co-songwriter, co-lead vocalist, and guitarist of the Beatles.

16-year-old Lennon was inspired by Elvis Presley to create the skiffle band called the Quarrymen, which later became The Beatles.

In 1963 after releasing their singles “Love Me Do” and “Please Please Me”, they came to fame. John Lennon’s biggest hit, “Imagine” also made the breakthrough with his political views.

He was born to Julia Lennon and Alfred Lennon, a merchant seaman. John married Cynthia Powell but within a short time, they divorced. Then he married a Japanese Yoko Ono in 1969. The English singer has two sons, John Charles Julian Lennon and Sean Taro Ono Lennon. On December 8, 1980, a one-time Beatles fan Mark David Chapman killed him for jealousy over John’s ongoing career.