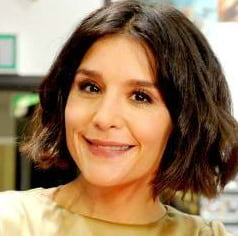 British singer, songwriter, and podcaster Jessie Ware rose her fame as one of the most celebrated pop singers in English. She has a massive fanbase profile on social media platforms. More than 387k people follow her on Instagram @jessieware. Jessie has a Twitter account, where around 222.3K fans follow her. She is also active on Facebook, YouTube & other social networking sites with a huge fan following.

She presents a food podcast titled Table Manners with her mother, which was launched in 2017.

Jessie Ware was born on October 15, 1984, in London, England. She grew up with her parents Helena Ware & John Ware. She has an older sister Hannah Ware who is a famous English actress. Jessie married her childhood friend, Sam Burrows in August 2014. The couple has two sons and a daughter.