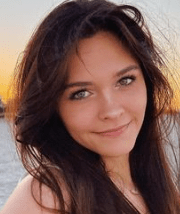 She had a great passion for cheering, gymnastics, vlogging, outfits, and fashion from childhood. Emma became an All-Star Cheerleader when she was 6 years old.

Emma Marie was born on January 20, 2004, in Ohio, United States. She lives with her mom Heather and stepdad Mark. Her sister Ellie Ana also accumulated a rich fan following on social sites. Emma has a boyfriend named Ryan.