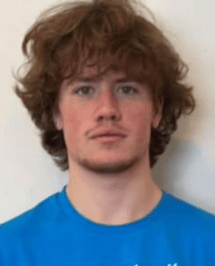 American TikTok Star Cory Hunter Winn rose to huge fame on social media including the TikTok account @corywinn, where he gained 2.1 million fans with 161.2 million likes until the end of September 2022. He is gradually popular for his comedy and funny videos which helped him to gather a huge amount of fan following on social media.

He often shares various types of photoshoots and shorts on his Instagram account which also gathered more than 241K followers within a short time.

After gaining massive fanbase profiles on TikTok and Instagram, Cory began his YouTube channel in May 2018. Where he uploads pranks, reactions, reviews, and comic videos including shorts, and accumulated 45.1K subscribers. For his unusual various content on the channel, he always faces cyberbullying and made a video titled “Am I Psychopath?” which also got a huge response from his audience.

Cory Hunter Winn was born on September 21, 2000, in Utah, USA. He grew up with his parents who apparently appeared on his TikTok content and completed his high school.