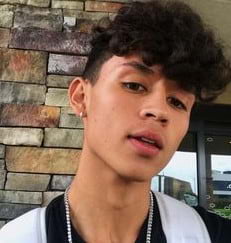 American Instagram influencer & Youtube star Brandon Westenberg is a trending celebrity on social media sites. He has been reached more than 1 million followers on his “beyondbrandon” account. Where he often shares pictures with Unique poses. His Twitter profile gained popularity with 106.6K Followers. Brandon is also active on his Facebook page and other social networking sites.

He grew up with a good soccer player in his childhood. Brandon attended soccer for Silverado High School in California.

He created his Youtube channel on 24 May 2013 and published his first video. But Brandon started to post on YouTube on October 16, 2014. His fame rose mostly by his vlogs videos. He uploaded a video, “Extreme Questioning with my EX..” which reached more than 343K views within a short time. His videos like, “HOW TO KNOW IF A GUY LIKES YOU! | Brandon, Doing My Girlfriend’s Make-Up (EASY WORK)” etc hit huge views on Youtube.

Brandon Westenberg was born on April 11, 2001, in California, United States. He grew up with his American parents and social media stars three brothers. Brandon completed his high school at Silverado High School in California.

Before dating Hailey Orona in 2018, he also had a relationship with Jordyn Jones.