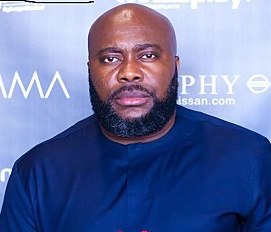 Anderson Ohiaeri Obiagwu (born April 8, 1973) is a Nigerian entrepreneur, entertainment consultant, businessman, and author. He founded AFRIMMA, which received its first honor in 2014. He supported musicians from all over Africa by becoming the first Nigerian African-American to host the African music awards in the United States. Iyanya, Sound Sultan, and Emma Nyra, three well-known Nigerian musicians, attended the first event held in the state of Texas.

Anderson Ohiaeri Obiagwu was born in 1973 in Abia State, Lagos, Nigeria. He has a bachelor’s degree from the University of Port Harcourt in Nigeria. He later pursued studies in respiratory therapy at Independence University and business management at Ashford University in San Diego. He always knew that people should learn more about what is occurring in the African music industry, what the most well-known musicians are doing, and what the hottest songs are so he founded the African Muzik Magazine. He recalls seeing some African singers take their prizes backstage before the main BET Awards ceremony started while watching the show. He then instructed his staff to establish a venue to honor the efforts of African artists, which is how AFRIMMA came to be.

Anderson Ohiaeri Obiagwu first became inspired to establish a foundation that honors African artists in 2011. Big A Entertainment, an entertainment company that produces African Muzik Magazine and hosts the AFRIMMA Awards, was created by Obiagwu. In Dallas in 2012, he established the African Muzik Magazine Awards (AFRIMMA). He published a book in 2019 with the working title Crossing Boundaries with Music.