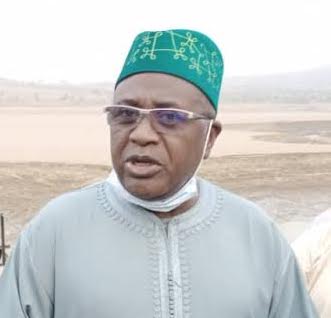 Abubakar Sadiq yelwa was born on 14 March 1958 in Yauri, Kebbi State, Nigeria. He is an Astute, Academician, Technocrat, Administrator and Financial manager who was born in Yauri, a riverine community in southern kebbi state.

Abubakar Sadiq yelwa (KATUKAN YAURI), is a Nigerian politician and philanthropist was born on the 14 march, 1958 in Yauri local government area of Kebbi State. He started his education at Government teachers college zuru from 1976 to 1981 and thereafter proceeded to polytechnic Birnin kebbi with he obtained NCE in Accounting from 1981 to 1985. And later proceed to Usman Danfidiyo University Sokoto where he obtained Bachelor of science degree in management 1990 and also successfully completed his master’s degree programme in Business Administration at Bayero University, Kano in 1992.

Abubakar Sadiq yelwa began his career as a lecturer at polytechnic Birnin kebbi from 1986 to 192 and later proceed to ministry of finance where he reach the rank of Director in 1992 and later he became Kebbi state Controller African Development Bank ( ADB) Asst from 1993 to 2000. Abubakar Sadiq yelwa later became the Managing Director and subsequently chairman CEO of the Sandrosoft Nig, Ltd, and Leawax petroleum Ltd and Leawax farms Kaduna, with subsidiaries in energy, Property Development, Investment, Agriculture Construction and Engineering. He was also chairman and Managing Director of A.S farms Ltd Yauri from 2010 to Date.

Abubakar was appointed as commissioner of land, housing, and urban development in kebbi state by Atiku Bagudu. He also served as the commissioner of Agricultural and Rural development and local government and chieftaincy affairs as well as work and transportation from 2000 to 2008. He was Chiefs of staff federal capital territory authority.