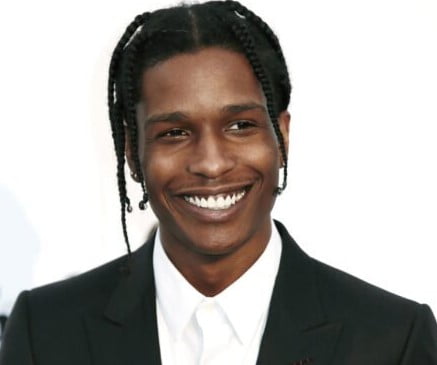 American rapper and record producer ASAP Rocky is an award-winning artist in the hip-hop industry. He is a member of the New York-based hip-hop collective A$AP Mob.

Rocky spent his childhood selling cannabis and moving around homeless shelters with his mother and sister. His rapping career started at the age of nine.

He rose his fame with a breakout single “Peso” which got viral online. And within a short time, American rapper received radio airplay. ASAP Rocky successfully released his debut Live. Love. A$AP (2013) and made a position on US Billboard 200. The album lead single, “Fuckin’ Problems” was nominated for Best Rap Song at the 2014 Grammy Awards. Following his previous success, Rocky launched his second album, At. Long. Last. A$AP. with 2016 Grammy Awards nominated single, “L$D”.

He was born on October 3, 1988, in New York City, United States. He had an older sister, Erika B. Mayers. Rocky has been in a relationship with singer Rihanna since early 2021.